THE POSSIBILITY OF A "RUNAWAY" GLOBAL WARMING 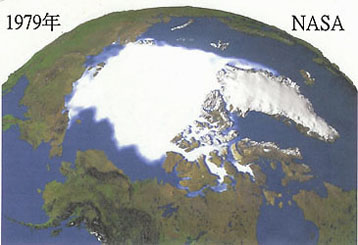 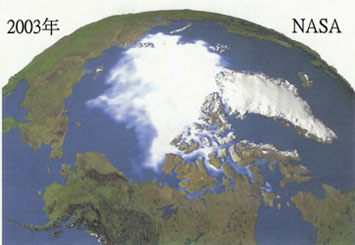 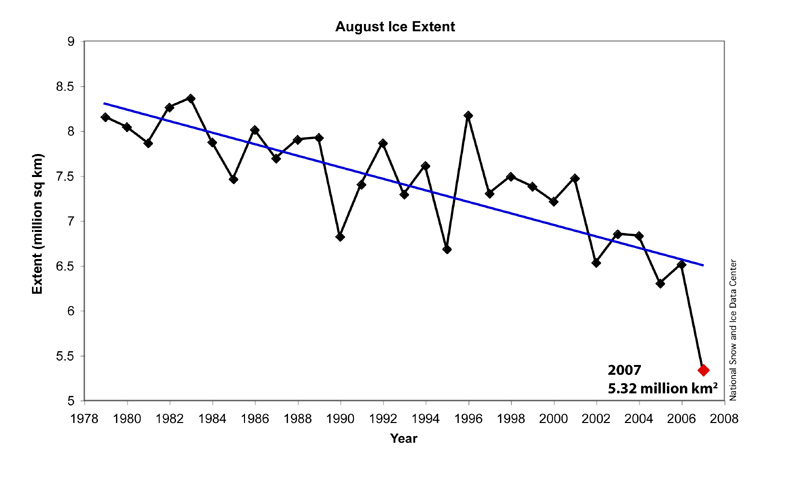 (written by Dr. Jeremy Leggett, who took his PhD in earth sciences at the University of Oxford in 1978, and joined the faculty at Imperial College of Science and Technology, where during an 11 year career he won two major awards for his research on the geological history of oceans, sat on several advisory committees for the UK government's Natural Environment Research Council, and consulted for the oil industry in the UK and Japan.)

In September 2000, world-renowned physicist Stephen Hawking was widely quoted in the press as being very worried about "runaway global warming." (See story below) "I am afraid the atmosphere might get hotter and hotter until it will be like Venus with boiling sulfuric acid," said Hawking. "I am worried about the greenhouse effect."

The planet Venus is indeed a frightening example of what scientists call "runaway global warming." Venus actually had oceans of water at one time, but now is an intense 900ºF, which has boiled away all surface water. Astronomers attribute the extreme hotness of Venus's atmospheric temperature to the occurrence of a runaway greenhouse effect on Venus. Ninety-six percent of Venus's atmosphere is now carbon dioxide - a powerful greenhouse gas. On Venus (and on Earth), sunlight passes through the atmosphere as visible light, which warms up the surface of the planet. On Earth, some of this surface heat is then radiated back into space, mostly in infrared wavelengths. But unlike visible light waves, infrared waves can't pass through Venus's atmosphere back into space because they are blocked by the huge amount of carbon dioxide and other greenhouse gases in its atmosphere. As a result, the heat is "trapped" in Venus atmosphere, causing it to be the hottest place in the solar system. And Venus keeps getting hotter as more sunlight hits it every day. Even' worse, scientists say the "runaway greenhouse effect" on Venus could continue indefinitely.

The vast majority of the world's climate scientists agree that global warming is now occurring on Earth due to the release of carbon dioxide and other greenhouse gases into the atmosphere by the burning of fossil fuels and other human activities. It is not certain that the present global warming will "runaway" and cause a catastrophic climate change such as that which has made Venus uninhabitable, but, as is discussed in the articles below, it is considered a possibility. The question is, do we want to play what is basically a form of Russian roulette with life on Earth by continuing to pour greenhouse gases into the atmosphere on the gamble that runaway global warming won't happen? (06/01/1992) Scientists fear a coalescing pattern of positive global warming feedbacks could cause "runaway" global warming, threatening the entire basis for life on Earth. Scientific consensus on global warming was formalized in May 1990 in an assessment by the Intergovernmental Panel on Climate Change (IPCC). Its authoritative early warning set most of the world's governments negotiating for a Global Climate Convention in February 1991. Amid rapid advances in scientific research, the IPCC was asked to prepare an updated report by January 1992.

When climate scientists gathered in Guangzhou, China, to complete the second IPCC report, the political scrutiny was intense. Some governments (like Germany and Austria) looked for confirmation that their policies of cutting carbon dioxide emissions - the gas is modern civilization's major contributor to global warming - were sound. Foot-dragging governments (like the United States and Saudi Arabia) sought evidence for their arguments that uncertainties about global warming permit delays in efforts to cut greenhouse gas emissions. 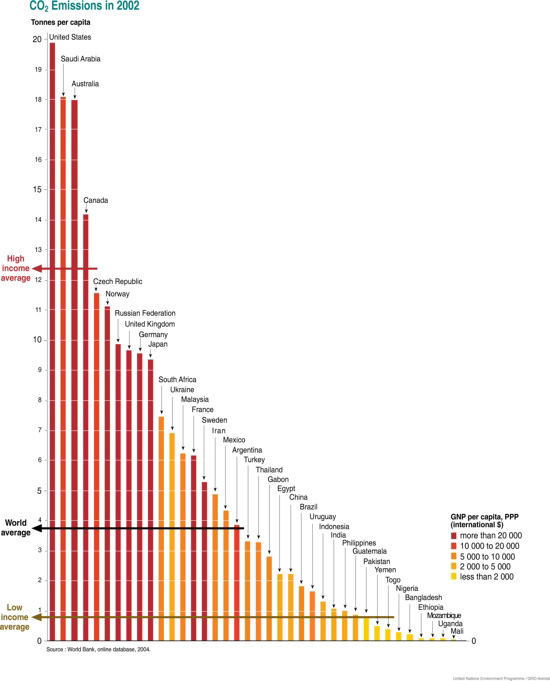 The central question the 300-plus scientists who collaborated on the 1992    IPCC report had to tackle was whether the "early warning" in the 1990 report could be confirmed. The scientists, from 44 governments, concluded that it could.  However, the subsequent February session of the climate negotiations in New York City ended in deadlock, primarily because the United States refused to concede the need for setting targets and deadlines for limiting carbon dioxide emissions. Foot-dragging governments, by definition, advocate go-slow approaches to global warming issues. They argue that the science is uncertain, and that global warming is an unproved process. This view is a travesty of the science behind global warming. Climate models on which future warming estimates are based attempt to simulate a complex interactive system. They are not perfect, but they give us a clear warning that business-as-usual emissions of greenhouse gases means taking an appalling gamble with the environmental security of the generations to come.

Many experts' concerns go beyond the ecologically dangerous rates of warming now forecast by all the world's climate modeling centers. Many scientists ask if the abundance of greenhouse gases might lead to a worst-case scenario with runaway warming in the next century. How close are we to a self-sustaining warming that would be beyond human control? Recently, Greenpeace collected scientists' gut feelings (something that would never find their way into an institutional document).

In a poll of 400 climate scientists conducted by Greenpeace International   during January and February 1992, almost half (45 percent) said that a runaway greenhouse effect is possible if action is not taken to cut greenhouse gas emissions. And more than one in ten of those polled believe that such a scenario is probable. The poll included all scientists involved in the 1990 study of the Intergovernmental Panel on Climate Change, and others who have published on issues relevant to climate change in Science or Nature during 1991. 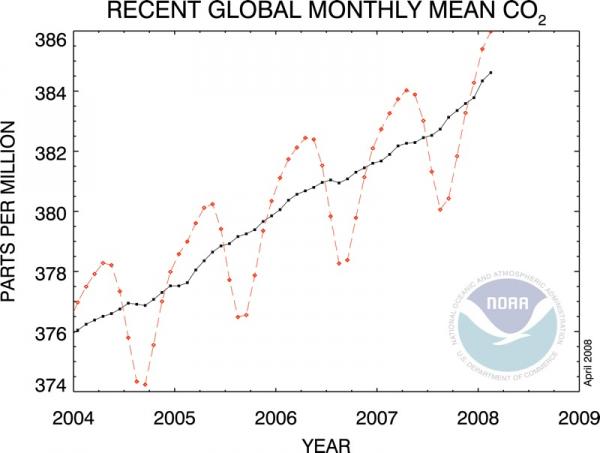 The worst-case hypothesis is viewed as a serious consideration by many of the world's best climate scientists, but they have been unable to successfully communicate that to policy-makers. Meanwhile, best-case advocates have become regular fixtures in the global media simply by advocating the minority view - rejected in the IPCC's reports - that natural climatic dampening mechanisms will suppress the heat-trapping abilities of the greenhouse gases.

A feedback is a natural component of the climate system that is activated by other system components. The extent to which climate models can simulate and predict reality depends on their ability to simulate these feedbacks. In a warming world, negative feedbacks can act to suppress warming. (An example might be the formation, in a warming atmosphere, of cloud types that reflect more solar radiation back into space than other types.) Positive feedbacks amplify the warming - the release of now-trapped greenhouse gases from melting tundra in the far north would be an example.

The feedbacks generated by water vapor and clouds are incorporated in all modern global circulation models. Water vapor concentrations are generally projected to increase in a warming atmosphere: a positive feedback. Clouds, according to the IPCC, can provide positive or negative feedbacks, and it is in simulating clouds that most of the current variance in climate models is found. The ice-albedo feedback (the reflection of solar radiation back to the atmosphere by ice) is also included in global circulation models. In most, it is positive: a warmer world will involve shrinking ice cover, lowering albedo, and reflecting less solar radiation. But many feedbacks, especially biological feedbacks, are simply omitted from climate models because they are too difficult to quantify, given the extent of our ignorance of the climate system. A minority of world-class atmospheric scientists subscribe to the best-case analysis of feedback interactions. They suggest that the human-enhanced greenhouse effect is a non-problem. Advocates of this view do not question the buildup of greenhouse gases in the atmosphere, unprecedented since humans first appeared on earth, which is measured and proven. Neither do they question the heat-trapping capacity of the gases, which is based on simple physics. Rather, the best-case advocates ask policy-makers to place faith in the expectation that negative feedbacks will work to cool the planet. According to Richard Lindzen of MIT, for instance, a warming troposphere will not produce more water vapor in the way anticipated by global warming models. Instead, water vapor will be wrung from the lower atmosphere by the increased vigor of atmospheric circulation. Lindzen and other advocates of this view ask policy-makers to commit the environmental security of future generations to a theoretical negative feedback concept which has been rejected by a majority of their peers.

Global warming risk assessment is complex, unlike risk assessment associated with the ozone depletion problem. Ozone depletion is represented by one main variable: chlorine and bromine from halocarbons. The higher these chemical concentrations, the lower the ozone concentrations. It is a proven process, and the thinning ozone layer can be measured. Measurements in recent years, in fact, have shown that atmospheric scientists have consistently underestimated the pace and extent of ozone depletion. What if the scientific community's underestimation of ozone depletion proves to apply to global warming as well? Bad as the road-consensus, best-estimate IPCC prognosis is, what might the worst-case analysis of global warming be? The main worry is that a coalescing pattern of positive feedbacks might be awakened and continue unchecked by negative feedbacks. Some of nature's carbon reservoirs are so huge that they could become involved, in principle, in a runaway greenhouse effect. The world would simply go on warming, placing a viable future for human and animal life on the planet at risk.

Consider the following: the world warms at the accelerated rates predicted by the IPCC, and concentrations of carbon dioxide and other greenhouse gases continue building up in the atmosphere. As the oceans warm, they are not able to absorb as much carbon dioxide from the atmosphere as they do today. This is a safe bet; the IPCC warns that this will be a positive feedback, since carbon dioxide is less soluble in warmer water. [ECES note: This has already begun to happen - see (09/03/2001) Researchers find sharp drop in amount of carbon dioxide being absorbed by northern Pacific Ocean over past 15 years.]

Luck is not with us; a "plankton multiplier" effect begins. This is a drop in net productivity (the creation of biomass by photosynthesis) in the phytoplankton. It results from a reduced deep ocean nutrient supply to the stabler-than-normal upper levels. Therefore, one of the two major carbon dioxide "sinks" suffers a drop in its capacity to absorb carbon dioxide. (Many scientists believe the plankton multiplier appeared suddenly at the end of the last ice age, boosting average temperatures in the North Atlantic region by as much as five degrees centigrade within as little as a century.) This time, the effect worsens. Increased fluxes of ultraviolet radiation penetrating the depleted ozone layer above the highly productive waters of the Antarctic and sub-Arctic have seriously weakened the phytoplankton, thus further shrinking the ocean's capacity for carbon dioxide absorption and allowing more of the gas to accumulate, by default, in the atmosphere. This is a major fear, now that ozone-depletion has been found to extend into the spring, when phytoplankton bloom. By now, ecosystems are responding to warming temperatures with increases in soil and plant respiration in excess of normal photosynthesis, causing further carbon dioxide accumulation in the atmosphere and boosting temperatures above currently predicted rates. This excess respiration, like all the foregoing feedbacks, was flagged as a positive feedback by the IPCC in its 1990 report.