This warning was posted right before the first of January, 2000.

Human beings are working extremely hard to build a HELL  for themselves. 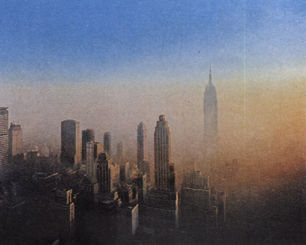 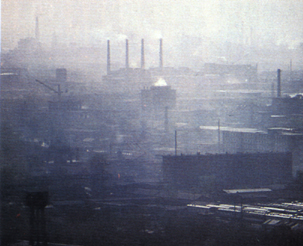 Nature's way is too complicated to be adequately comprehensible by the very limited intelligence of man, her delicate nature also leave little possible room to be manipulated by man at will, therefore,  any utilization of human created ideas to tackle problems facing them or to fulfill the insatiable human desires are doomed to be disastrous. The history has shown us this. Working for a better world is possible only through the understanding of and conformance to Nature's values and mechanisms, and man must

act in collaboration with Nature.

Some so called doomsday scientists tell us that if the present trend of environmental deterioration goes on unchecked, sooner or later the life support system on this earth will collapse, living things at the upper evolutionary ladder, including human beings, will be wiped off from the surface of this earth. Stephen Hawking is even more pessimistic, he announces that within one thousand years, the earth may become too hot for living things to dwell in because of green house effect.

This outcome, however, is not the worst possible, even worse still, is that people will not fold up their hands waiting to die. Instead, they will pour out more high tech like genetic engineering in attempts to mend the life web, but with the existing problematic methodology as well as the limitations of human intelligence, people just can't quite grasp the complexities of nature. Together with the effect of a capitalistic free market economy, where profit leads the direction of research, and the chief buyers within which are mostly the uninformed average people, so every move people do will only create even more sufferous problems. A classic example in history is the invention of vaccination, which disrupted nature's mechanism of maintaining system balance, so although this invention saved lives by millions, it created much more sufferings than epidemics as a result since it also created Population Explosion. In the end people will have to fight desperately against the collapsing life web with their innumerous new theories and inventions, yet these gadgets, also like vaccines invented by their predecessors, will succeed in mending certain holes while at the same time creating some more new ones and some more sufferings. This process is somewhat similar to falling into a human sustained  quicksand. All their efforts, energy, and resources will be succumbed into the sand only to sustain their lives. But as they try to get out of the sand, their efforts make them fall even deeper , so the sufferings and tortures people have to stand will become greater and greater. Human beings will not become extinct, since they keep advancing in high tech, but the sufferous human situation at the same time will also become more difficult to tackle, this makes the fast advancing high tech become useless in alleviating the sufferous and torturous situation. Similar phenomenon has occurred in history. When people invent vaccines to control epidemics, vaccines in turn create population explosion. Then people invent contraceptives like condoms to control population, but it fails (We should count the whole earth), and yet population explosion is more sufferous, more damaging, and much more difficult to control than epidemics.

Will an intelligent being like mankind keep walking on a wrong track?

In fact there is one sure escape by which people can flee the above mentioned quicksand: Forgo all human establishments, go back to Nature, lead a simple way of life, let Nature clear up the mess. 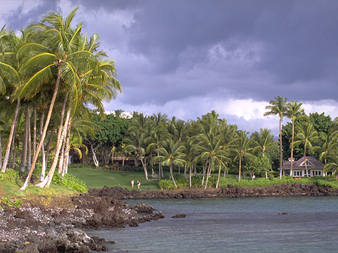 After some thousands of years, every thing will be back to normal. If high tech really kept making things worse, sooner or later people would give them up, and try some other ways out. That is what living things usually do.

However, this theorization is not without proviso. First, we must assume that human beings can stay sane so that they can make a cultural U-turn when things keep worsening. Second, we must be sure that people will not get addicted to high tech like drug addicts. Third, the public can have the knowledge and reasoning skill to comprehend what the root causes are the way people can relate the invention of vaccines to environmental deterioration (Am I talking nonsense?) or cases that are usually even more intricate. But the answer to these three provisos are not positive. Many many thousands of chemicals without knowing its effects on human nervous system have entered the food web and have been taken up by people, some of which may have been harming people's nervous system in a very subtle way so that it is not easy to be discovered. People are in fact addicted to high tech. TV watching and video games are some of the classic examples. Most people still find the invention of vaccines has nothing to do with environmental deterioration, or even worse, people simply are becoming more and more uninterested in the world around them. So, whether people will take a cultural U-turn as a last resort is very much in doubt.

Even granted that human beings are sane enough, the trend still may not be reversible. Taking food production as an example, right now scientists all know that the present prevailing farming method of using artificial fertilizers and pesticides etc is not sustainable, soil fertility has been declining worldwide, but farmers just find it extremely difficult to switch back to organic, nutrient recycling type of farming because the food price will rise sharply if they do so. On the other hand, policy makers will not support this change because the food yield will have to fall sharply, making the already insufficient food supply suddenly become even more scarce.

In the future, when soil fertility declines further, policy makers will not cast their bet of political future on the organic, recycling farming method, instead, they will concentrate their efforts on maintaining food productivity by resorting to genetic engineering, genetic control of pests, etc. high tech means as the solution. In other words, they will have to pour in more high tech as an instant lessening of political pressure. Genetic engineering may not be bad, if man does fully appreciate Nature's values and mechanisms, if the researches are done carefully and thoroughly enough, and the most important of all, if man is happy to act in collaboration with Nature. But the research and application of genetic engineering are controlled in the hands of corporate owners whose sole value in setting the direction of research is profit. One of the many outcomes of these profit oriented researches is the sterile seeds. Corporate owners created sterile seeds so that farmers have to keep buying seeds from them, so that the corporates' profits can be maximized, even at the expense of the web of life.

Mainstream economists are eager to tell man that free market economy also works best in tackling environmental problems. They insist that when the environmental quality drops below certain level, environmental protection becomes a human need, profit driven corporate owners will act efficiently to fulfill the need and so the problem can be solved efficiently. But those mainstream economists never tell man that the products they sell are no solutions, but expedients, from pesticides to GM species created to tackle pest problems etc., or sometimes even worse, only tricks to cheat the ignorant mankind into buying. And they also never tell man that when the green house effect gets so bad that even Eskimos flock to buy air conditioners, corporate owners can make even more money out of air conditioning than switch to renewable energy. The worst of all is that it is usually the corporate owners who create such a need for man through their promotion of  wasteful lifestyles, pesticides, sterile seeds, man made species, crises and gadgets to tackle the crises while at the same time create some more other crises ......, and man sinks further and further into the quick sand.

Population explosion, environmental deterioration, AIDS, cultural and human behaviour degradation, revival of epidemics, etc., Nature has sent out her warning to man. If man still turn a blind eye to all these, a few generations later, man may sink to the bottom----the HELL. Or, in other words, this earth may become a hell for man to dwell in.