18) Ecovillages Should Have Their Own Free Land. Healing The Value Alienated Civilization 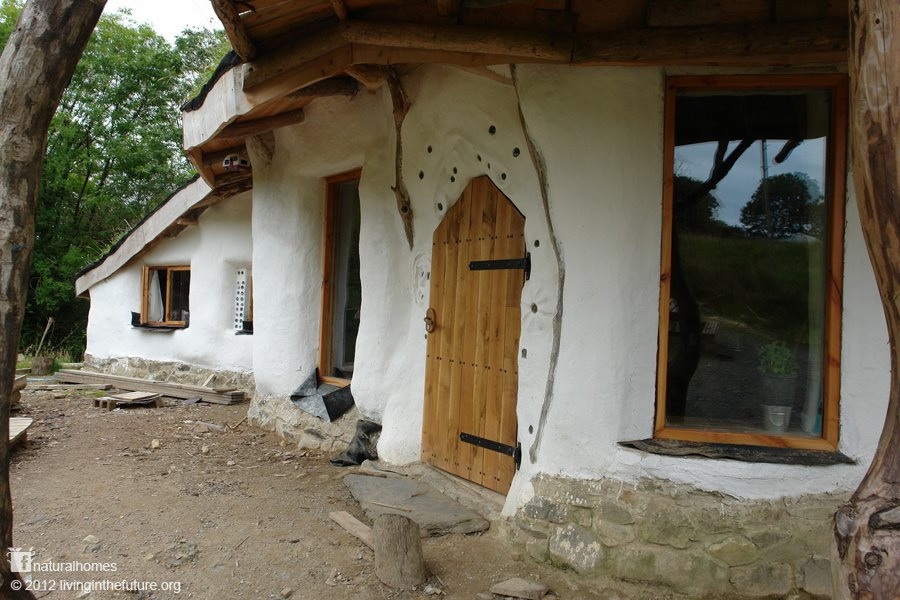 (Novel only! But if you find the saying useful, please help promote the idea and safe it using conventional means for offsprings' reference.)

“As you've said, the effective program to be carried out in early 21st century should be "Let Greenies Own Ecovillages”

“I'm afraid that such program could only attract a very small population to join, the effect might be limited.”

“Not even when their days are numbered?”

“Simply not. The situation is quite different from pointing a gun to your head. In order for their wasteful lifestyle to go on, they make themselves believe in groundless stories one after another. All these stories are aimed at convincing you that this impending death is just exaggeration.”

“We all don't know much about geo-science and climate-science. If the worsening situation isn't too urgent and allows us to survive 100-200 years even without drastic change in human's behavior, we may simply rely on eco-village movement to avoid the global mass extinction. I believe, with just 1/4 of world population living in eco-village, it will bring strong social and economic benefit, and serve as model for the rest 3/4 of population to live eco-friendly.”

“It's damn hard to find a way out for developing an eco-village, why are you so optimistic in getting 1/4 of population living in eco-village in just 2-3 hundred years? People who appreciate such idea often don't consider money as a critical need and hence they often don't have sufficient fund for eco-village development. Furthermore, it is also extremely difficult to find partners who are willing to return to nature and simple lifestyle. What is the basis for being that optimistic? In my view, since there is ready technology to tackle the crisis, how about getting United Nation to lead, with coordinated support from willing people, organisations, and governments to tackle the crisis with law and environmental technology. Isn't this more doable?”

“Old Pang, I wonder why you still have not had enough lessons from the past few decades. Did those global climate summit meetings yield any useful resolution? What makes your climate meetings fruitless is your economic political system and the alienated values in your society.

Economically, what a society urgently need to do in this time is low in both per capita production and consumption. In our world that practices stable market shared economy, we only need to launge a survey about people in different income groupings are willing to pledge to lower their spending by how much, then the lowered amount will be turned into people's investment in various items of ecological environmental remedies. The government can calculate the amount of reward should be given out from how much wealth have been prevented from being damaged， and give them out stagewise with the constraint that it would not bring about inflation. This easy adjustability comes from a systems structure, and the system is subject to the will of social decisions. On the other hand, such a down tuning in a free market economy often means great depression and means the lowest rung will be driven to a dead end and thus is not feasible. Sudden and large scale switching to low carbon energy must bring about high inflation in a free market economy, and makes this shock vulnerable economy cannot maintain it's growth. Once the economy cannot grow, those in the lowest rung will be driven further below the poverty line. No matter what place what square you occupy, so long the society practices free market economy, this reality will not go. What's more, free narket economy and global trade together have made livelihood competition become extreme, most people have to utilize nearly all their waking hours to deal with that, how much time and energy people can spare to take care of matters that's nothing to do with their own immediate life support earnings is very much in doubt.

Politically, the effect of alienated value culture must be that representative political system becomes vote attracting game. When no matter what thing people do they actually work for money, status, matter and power, those who attend the earth summit meeting will take care of their own power much more than the earth's safety. So they will only follow the collective will of their constituents, or even the super tycoons who funded them to win in the elections. Of course their constituents also want to see effective enactments, provided it’s not in the expense of their economy as they have also been socialized to pursue money, social status, matter and power as their goal of life, otherwise they will only take those political leaders as incompetent, being unable to bring them win win plans. They simply will not acknowledge that they must forgo their wasteful lifestyle in exchange for a green future.

As for ecovillage, the key lies in the land. When a genuine ecovillage can own it’s land without pay, the situation will be completely different. Of course, ecovillage land cannot be resold or change owner, The ecovillage’s land will be confiscated if it is found that the running is not genuine.”

“Oh! Yes! You’ve waken me up. I had always been led by my own normative thinking. I had always thought that so long the techniques and resources are feasible, and then rely ing on petitions, publicity, education, legislation and led the government implement them, and it will succeed. I overlooked how a cultural structure can catalize or hemper the thriving and fading of most matter.” 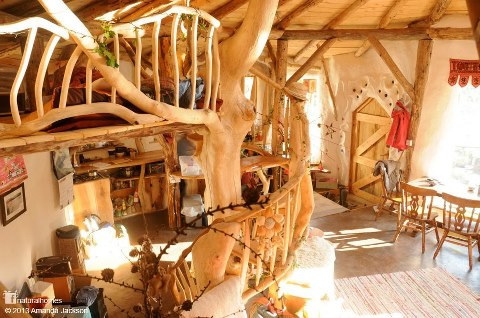 “Right! The very key lies in rebuilding the existing civilization, whatever aspects within it. We can also see that altogether there’re 6 realms need rebuilding. The first is World View. The world as we understand it is mechanical materialistic, or an organic whole. The second is value orientation: Social and personel ultimate values are money, higher than other status, matter and power or they should be love, aesthetics, knowledge and cognition, lessoning of sufferings, one with Nature/universe. The third is our thinking culture, only logic, method of science are useful, or they are only some aspects in the wholistic thinking method? The fourth is the institutional culture. The structure should be mechanical hierarchical, or better be equal and organic interactive. The fifth is the aesthetic perception. You find the most beautiful things in Nature or in commodities. The sixth is the perception of satisfaction. Whether they are mental/spiritual or material.  Ecovillage is such an approach that she is a  society in  mini scale, so relatively it’s the most easily realizable as far as rebuilding civilization is concerned , and so she can receive the least hindrance from those with vested interests and in addition any participants can also contribute one’s creativity to the rebuilding of a green civilization.”

“We may let United Nations take the lead, all other countries implement the plan. The plan is called  “Ecovillages Have Their Own Land ”. Ecovillagers can own the land in the name of the ecovillage and in the building stage can get fund and technical support. The ecovillage is a cooperative, they can also employ the village structure as ours(see chapter 7), to ensure the ecovillage will not change into anti-eco village in future. The ecovillage provides cradle to grave protection for their villagers, babies born uder the prior consent in the general villagers’ meeting can already receive monthly allowance the first day they are born. United Nations form up an ecovillage development organization, have branches in all countries to help willing greenees build ecovillages. These organizations will carry out routine ecovillage inspections to see that they are run according to the very ecovillage principles, if not and confirmed to be true under investigation, those fake ecovillages’ land will be confiscated.”

“Here are some suggested steps:

UN employ several related outstanding scholars, theory developers, and successful ecovillage developers to develop a  Ecovillages Have Their Own Land Panel Organization. If UN cannot be got involved, any interested countries can implement from step 1 to step 7.

Step 2: Panel Organization should be formed by the following 3 kinds of persons. 1. Delegates from outstanding ecovillages. 2. Outstanding deep ecological and ecovillage theory developers. 3. Experts and scholars related to the running of an ecovillage.

Step 3: Find out outstanding ecovillage promoters in every country and form up branch panel organization in those countries.

Step 5:  Branch panel organization in a country helps interested greenies to look for suitable land, draw in funds, when necessary buy up land through local government.

Step 7:  Inspect ecovillages so formed regularly to ensure they are all run according to the ecovillage principle.” 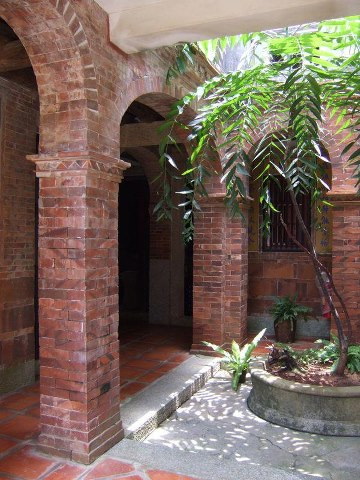 “How come you didn’t mention any government officials’ participation in the branch organizations in respective countries?”

“Yes! Of course. We deliberately to be so.”

"If you put these alienated values into an ecovillage, it's nothing clearer that the result will be disastrous. Suppose your ecovillage possesses a piece of natural growth forest, when villagers don't take money, status, matter or power dearly, they naturally follow their own belief that Nature possesses a much much higher level of intelligence, they only exert the least impact upon the forest to get their livelihood or necessities, such as using local bees to harvest the honey, growing mushroom or lingzse on rottened tree trunks, or picking fallen branches or leaves as fuel(burning fallen branches and leaves does not add to the release of carbon into the atmosphere as the carbon inside will soon release by fungi and bacteria back to the atmosphere even they are not burned. But non fallen branches and leaves does add to the carbon release if you burn them). However, so long ecovillagers are addicted to any one of the 4 alienated values, they must be able to find a much higher impact to deal with this piece of natural forest in order to fulfil their desire, such as chop down all trees first to be sold as timber or fuel, and then use the piece of cleared land to grow one single kind of trees of high economic value such as paper making trees, then they can earn many tens of times more.

However, such belief will be transmitted to the ecovillagers if we let them in charge of or participating in the decision making and admin branch organization, ecovillages will be quite sure to be transformed into anti-eco villages when the alienated values are infiltrated into ecovillages.”

“Such arrangement fit China well: a hugh farmer population with very low environmental awareness and knowledge. The rest is only whether Chinese government would like to cooperate with a semi-offical organization formed completely by volunteers.”